If You Can't Say Something Nice...

There are times when we all need to get off the grid for a while. I don’t necessarily mean escaping to a cabin in the woods, far and away from society. However, taking some time away from the non-stop negativity of the internet is something we all need now and again.

This thought began formulating a few weeks ago when my oldest daughter announced she was no longer interested in FaceBook, and culminated this morning when I read Nicole Phillips blog, Kindness is Contagious. Both women gave the same reason for taking some time off.

I scrolled through my timeline and sure enough there were countless numbers of negative posts, mostly sharing the “hooray for our side,” type content, listing all the reasons the other side is wrong about this, that, or the other thing. Then there were a few hateful posts about love gone wrong, or the unfair nature of life.

Twitter came to mind. Surely Twitter must be better! Afterall, you only get 140 characters to express your thoughts and opinions. :::sigh::: not so. The Twitter feed was buzzing in full vigor of negativity and vulgarity. In 140 characters you can read all the reasons you do not stack up against human expectation. 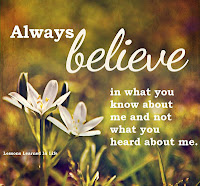 So, here we are in the cesspool of the internet, feeding off all this negativity. Now, we can point fingers at each other and lay blame at the feet of any one of the five billion people who use the internet every day. But, the question remains, am I contributing to it? The answer is yes. No matter who we are, or how wonderful we think we are, we are most definitely contributors to the constant negativity of the feeds.

Life is not filled with sunshine and roses. That is a fact. We all have our days, weeks, months, and years filled with tragedy and loss. However, do we really need to share all that with the rest of the world, on a regular basis?

It would seem that Negative Nancy and Ned have been promoted to CEOs of the internet. The question of the day, are you working for them? Are you sharing every negative post that comes along? Are you quipping at someone else, because you can? Are you passing judgment on people you don’t know? Is sarcasm your new favorite language? Are you dissing on yourself for whatever reason? Are you taking pleasure in another’s tragedy? Are you posting blind statuses directed at specific people, but you don’t have the courage to mention their names?

The internet is a choice. You can participate or not. You can choose what you share, and with whom. You can choose how much you share, or don’t share. We all have our ways and means of making a life for ourselves. Success is as we define it. Some people need to have lots of stuff and money. Some people need to have lots of family and friends. Some people don’t need a lot of either one, or they need a lot of both. Whatever category you find yourself defines you as successful.

As we learned from Thumper’s mother in Bambi, “If you can’t say something nice, don’t say nothin’ at all.”
Posted by Unknown at 10:56 AM No comments: