One Rule to Rule Them All! 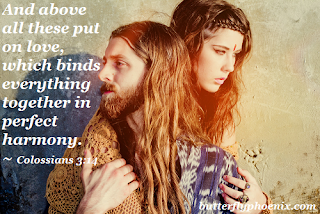 In the beginning, when the immutable laws came into being, neither money nor personal wealth was a thing. They did not exist. People did not exist. By default, the LOA is not a get rich quick model. It was never intended to be one.

The LOA is only one of twelve immutable laws that are integrated, and only reach their peak effectiveness when working in tandem with each other. But, none of them work without the Law of Oneness – self-actualized.

The Law of Oneness will rule your life, whether you want it to or not. It is the proverbial one ring to rule them all! The question is which side of the rule are you leaning on? The side that ascribes to truth, light and love; or the one that ascribes to deception, darkness and hate. There is an equal and opposite to everything – in every belief; even atheism.

It can’t happen if you don’t believe in it. That’s a common statement, yet, happens it does. For the sake of conversation, we are going to refer to the Law of Oneness as God, because it is my frame of reference, however, the same tenants can be found in every belief system in the world.

God said, “Greater is he that is in you than he who is in the world.”

Oh, that’s a powerful one right there! It is the basis of the Law of Oneness! God does not live in some galaxy far, far away. He does not look down at you from some heavenly throne in the middle of the Milky Way, watching from a distance.

The Scientist, Carl Sagan, said: “…we are made of star stuff.”

The Law of Oneness is just this: We are the all of everything, in all of its magnificent glory and splendor. The entire universe is within us. God is in us. We are spiritual beings – the holy and unblemished spiritual children of God. Without His being, we are not anything, but clay dolls for a Holy Child.

The key to activating the Law of Attraction must begin with the Law of Oneness – fully self-actualized. There must be an internal immutable awareness of the Oneness of all that is, all that was, and all that ever will be.

The difference between believing and knowing:

Believing is the first step: It is the acceptance of something as true. This is the mind aligning with the Law.

Now that we understand the difference between believing and knowing, we realize that simply believing something doesn’t make it so.

Just believing the LOA can attract abundance and personal wealth, in and of itself, will not produce the desired results.

The source of all things is the Oneness. If you have no knowing of belief, you have nothing except that which your perception allows.

Magick as the world has come to know it is futile and mutable. We can certainly create temporary reality, based on the other eleven immutable laws, but without the one rule to rule them all, everything under the sun is meaningless.
Posted by Unknown at 1:17 PM No comments: