Summertime was great back home on the shores of Lake Sakajwea. The family – the whole family – sometimes fifty or more at a time would gather down on South Pointe of Parshall Bay, spending the day fishing, swimming, grilling, and roasting marshmallows over campfires when the sun went down.

Time rolled forward and Summer would turn to Fall. It was my favorite time of the year. The town would swarm with kids who had been here or there throughout the summer. The fall evenings would fill the air with the shouts and laughter of children, playing kickball, or a game that the title is no longer politically correct to name, hide and seek in the dark, and so many other games, until the streetlights sent us home. As we got older we would sit wrapped in blankets, star gazing and talking about boys – the ones we liked and the ones we didn’t. We would tell our secrets and pinky swear to never tell a single soul, take it to our graves. 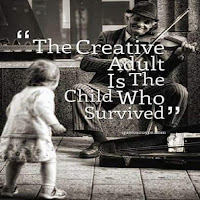 The world turned one day at a time, and the winds of change would bring Old Man Winter across the plains. It was time for sledding on the Rock Museum hill, or snowmobiling on the streets to make the old people mad, trick-or-treating in homemade costumes, and building igloos in the backyard. Halloween would slip quietly away and usher in the Christmas season, requiring our best behavior for the simple gifts we received. The windows of Main Street would become laden with all the finest gifts the stores had to offer. The streetlights would be decked with boughs of holly, stars, or jingle bells. Santa Saturday would come and go, and soon Auld Lang Syne would be on the lips of the older folks as the ball would drop in New York City.

Love would be shared in the classrooms and between lovers at the Redwood Mixer as Valentine’s Day came and went. Shades of pastels would replace the rose red, again requiring our best behavior to entice the favors of a benevolent bunny that came and went each year. Spring arrived with the first sprout of the crocuses on the prairie. Pomp and Circumstance would become the theme, accompanied by the cheers of the graduating class as caps were tossed in the air in celebration of the close of childhood.

Every now and again, we all travel down the familiar roads we traveled as children. For me, as a writer, it’s an integral part of what I do. My memoirs are contained in every story and novel that I write. And yes, sometimes I miss Donna the Kid, those are the days I want to say, “I can’t adult today.”

Have a great week everyone!
Posted by Unknown at 12:15 AM No comments:

The Secret of Authors 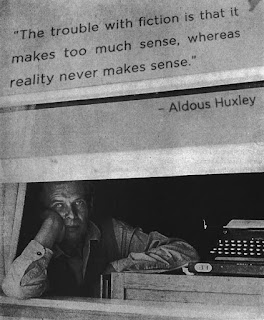 When I first began writing, I searched the world over on the best ways and means to write and get published. I frantically scoured the internet for the best tips from the most successful authors out there. I tried to mimic their patterns and thought processes. And then one day, I discovered that all the joy of writing had been sucked out of my passion.

I joined a writers group, only to discover those that were in it didn’t know any more about writing and publication than I did.  We all talked a good talk, but none of us were moving forward. Critiquing became an exercise in each of us telling the others they should change this, that, or the other thing, because ultimately it wasn’t the way we write. A writers group is not a replacement for a good editor. It’s mostly for two purposes: support in a common effort, or brainstorming.

Marketing in itself was taking a huge chunk out of my time. The time I could be spending with my family and friends, or writing. I would spend hours on Hootsuite crafting tweets and Facebook postings, and even some for LinkedIn, and then I realized I was spending more and more of my time marketing and less and less of my time writing.

If I want to be a good writer, or maybe even a great writer, I have to keep at it, every day; 30-minutes minimum - every day. It’s a developed habit. It can be a daunting task at times. Sometimes I sit there staring at the blank screen before me and I just want to cry because nothing comes out. “Write something; anything,” I tell myself. “Write all the chores you have to do today in story form.” Sometimes even that can be a challenge. Writer’s block is a very real thing. Sometimes the words just don’t come. However, I still sit there for 30 minutes, just in case. I have neglected my blog, or at least have seemed to, since August 30th. The words just wouldn’t come. I assure you, I sat there, every day, for 30 minutes, and nothing.

My cure for writer’s block: I just sit with it for a while. After my 30 minutes of sitting, I go do other things that have nothing to do with writing. It works every time, sometimes it takes days, but it works.

In my quest to become an author, I also tried to write like someone else. This was a bad idea; a very bad idea. When I try to write like someone else, I lose all the flavor of the story I am trying to tell. I stopped doing that. I have to write authentically as myself.
I stopped listening to what the world was telling me about writing. I limited my marketing time – on purpose. I developed a habit of writing, and a cure for what ails writers the most. I developed my own voice. Now I write what pleases me.

Here’s the secret about successful writers. They don’t write for the market. They simply write for the sake of writing. Believe it or not, most of the great writers out there have had a flop of a book. They don’t dwell on it. They don’t drown their sorrows in wine and beer. They get to work, writing a new story. And, that is the true secret to becoming an author.
Posted by Unknown at 12:51 PM No comments: