Amy Tan, author of The Joy Luck Club, and Saving Fish from Drowning, presented at a TED Conference, in February of 2008, on Where does Creativity Hide. As I watched her presentation, I found myself somewhat relieved that my thought processes when I am writing are not so very strange or different after all. I think many new authors could glean a bit of wisdom and understanding about writing from her presentation.

Have a wonderful week everyone!﻿
﻿
Posted by Unknown at 10:56 AM No comments:

Simply Saturday: The Brink of Creation 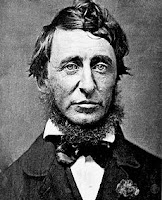 Henry David Thoreau, what a character in the history of the United States. He was a little...shall we say...different...than the rest of his colleagues and peers in the literary world; and the world-at-large.

Although he was a rebellious spirit wandering the world, he was an incredibly descriptive writer. I imagine spending all that time on Walden Pond gave him ample opportunity to think about the world and his place in it. As I was reading Walden: The Writings of Henry D. Thoreau, I was immediately transported to world rarely seen by human eyes. Thoreau takes you to the very brink of creation in his writings.

Every minute detail of his prose has been discovered through endeavors of a laborious nature. On pages 246 - 248, there is a description of the formation of the ice over Walden Pond with such intricate detail it took days to observe the process, lying full length on the surface noting every detail as it occured.


Thoreau lived near Walden Pond from 1845 to 1849, on a place given to him by his friend, Ralph Waldo Emerson.

"I went into the woods because I wished to live deliberately, to front only the factual essentials of life, and see if I could learn what it had to teach, and not, when I came to die, discover that I had not lived." ~ Henry D. Thoreau.﻿

Thoreau's life on Walden Pond was lonely and secluded with occasional trips into the nearby village, which he loathed. Although he seemed lonely for the human interaction, if it had not been for his sabbatical to Walden Pond, we would not today know and understand the deepest meanings and intricate details of the natural world surrounding his humble abode. 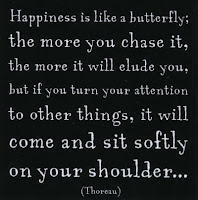 Initially I set out to read Walden as a means to understand descriptive detailing of landscapes. I find learning from the masters far more intriguing than conforming to the modern techniques of telling tales. In the process I learned a little something about the natural world,  a bit about the society of Thoreau's time, and some about me.

Spring has come to the valley in which I live. Soon the butterflies will return to flutter about on the hot summer days. In all of creation, there is nothing more splendid and peaceful than the flight of the butterfly; no matter where she chooses to flit, or land.
Posted by Unknown at 9:00 PM No comments:

It was a pleasant eve between my old friend, Emily, and me. The breeze fluttered through the open window at my back as the life of Emily revealed itself before me. Emily and I were quite the pair; she and I.

A sky filled with a billion twinkling lights against the backdrop of the vast darkness of the unknown. A question for each racing through our minds, "What are you? Where are you? How did you get there and where are you going?" Questions requiring answers not forthcoming.

Awkward and strange to those from the outside; meeting only a few and understanding none. A childlike lack of confidence when in the social air. A preference for the solitude of our own skins. Afraid if we should bleed, the light that courses through our veins would be lost into the world; scattered to the four winds. Yet, ever longing for the eternal escape as we suffocate within the confines our bindings.

Faced with the harshness of the reality of the world around us; factual and scientific in nature. A never-ending descent into the smallest tangible portion of reality until there is no more; and everything. A journey of searching for the undeniable fact.

Ever on the edge of hope and desire; a desire to find that one true love that seems elusive in the world that binds us within the wall-less prisons of our minds. Chained to the firmanent with fleeting glimpses of all that is - and is not. All that will be; manifesting only in the prose of our unspoken words; living between the synapsis of the life confirming organ that determines - destination.

Feverishly spilling the stress of the days within the confines onto parchment from pen. Desperately seeking blessed release from the pains of humanity which haunt us: Death and destruction viewable from the seat at the window; merciless deeds of injustice done in the name of progress; deceit disguised as benevolence strategically maneuvered for the sake of greed; and the bloodlust of humanity marches forward in a quest to conquer the temporary.

Every moment spent attached to the flesh of life inflicting torturous pains upon the soul until it cries out in desperate pleas for mercy from the silence that deafens the ears. Pains that manifest in the flowing streams of saltwater that trickle onto the marble floor of gluttony.

The sun rises over the horizon as though a savior from the darkness that leads the soul through valleys of death. Rays of light striking into the haze between dark and light. The sky is paintbrushed into a new day; a new hope; a new life.

In keeping with the Monday theme of classic authors, this post has been recycled from May of 2011. I have been busy working on The Chrysalis Series. Have a wonderful week everyone!
(c) Donna R. Wood 2011 - All right reserved.
Posted by Unknown at 12:00 AM No comments: